Softelligence is expanding regionally by opening a new branch in North Macedonia
Total investment: EUR 1 million, in the next 2 years

Blog > Press Releases > Softelligence is expanding regionally by opening a new branch in North Macedonia
Total investment: EUR 1 million, in the next 2 years

The technology and consultancy company Softelligence announces its regional expansion by opening a new subsidiary in North Macedonia. By the end of 2023, the company intends to hire more than 100 local IT professionals in the country, with an estimated one million euros to be invested in the project. 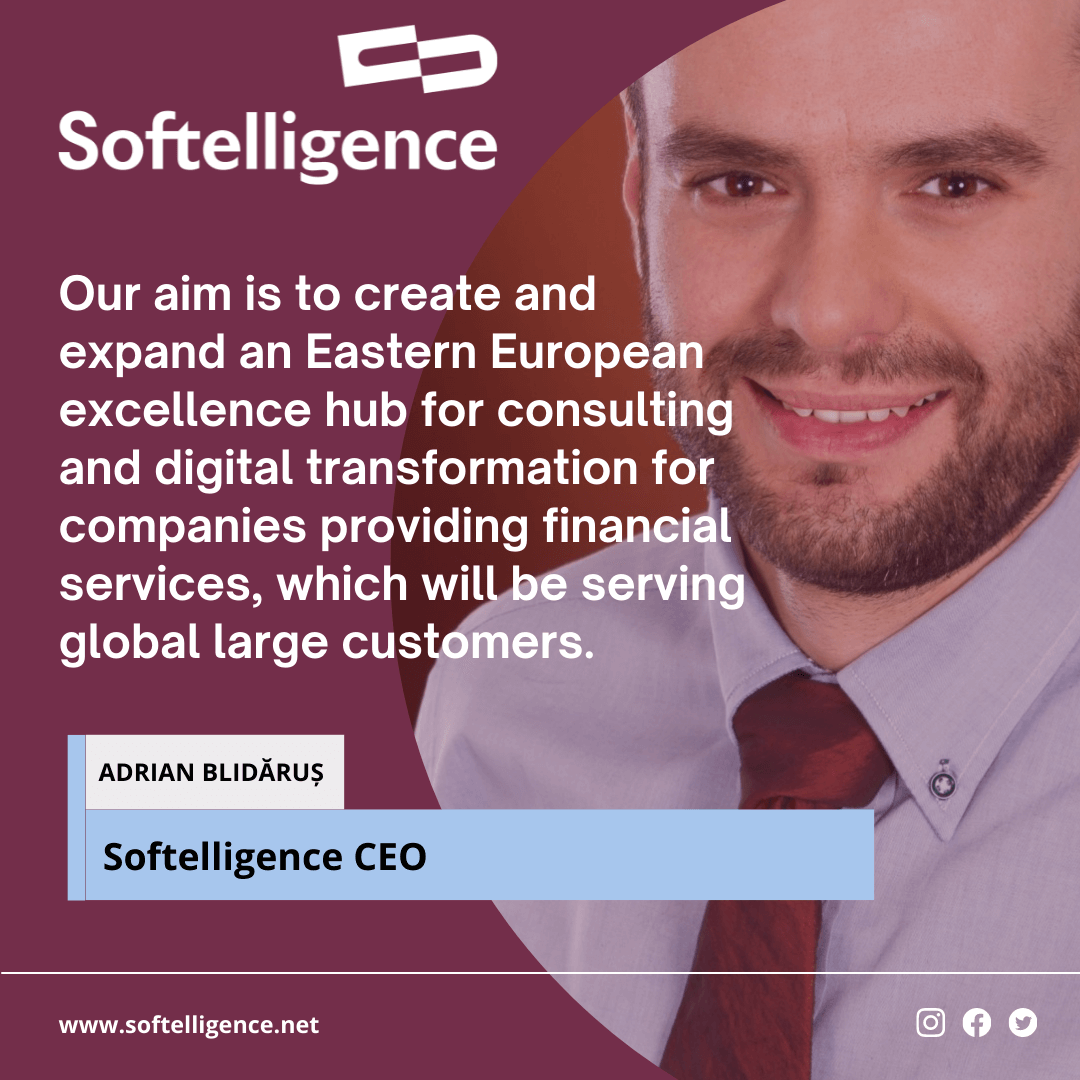 “Our aim is to create and expand an Eastern European excellence hub for consulting and digital transformation for companies providing financial services, which will be serving global large customers.

In the past three years, Softelligence has been involved in increasingly complex international projects, which are an essential part of turning our customers’ visions into reality.

Our company’s expansion, both nationally and internationally, is the natural next step in this case.”, explains Adrian Blidăruș, Softelligence CEO.

The North-Macedonian branch was officially established in October 2021, and the company is currently running a sustained recruitment campaign in the country. The first local Softelligence employees will be mid-level and senior software developers, as well as experienced team leaders, who will benefit from a competitive salary package, but also be inducted into a fast training program, in order to prepare them for their involvement in increasingly complex projects, for multinational customers in the insurance and banking industry.

The Nort-Macedonian team is going to extend the efforts of the Romanian one, helping design and implement solutions for large players in the financial industry, such as members of Erste Group and Vienna Insurance Group or TBI Bank, but also insurance giants such as Beazley and Howden Group.

Softelligence’s projects revolve around delivering fully customized and integrated platforms for insurance and banking, targeting operations and customer experience, based on modern data architecture and complemented by artificial intelligence. Softelligence’s background includes over 16 years in the information technology, insurance, and banking sectors, and a thorough understanding of business needs and trends in these fields.

Softelligence was founded in 2006 in Bucharest by Adrian Blidăruș, currently, its CEO and majority shareholder, and has a total of four subsidiaries – two of which are located in Romania (in Bucharest and Craiova), one in the United Kingdom and, the newest, in North Macedonia. The company’s turnover in 2020 was 11.4 million euros. 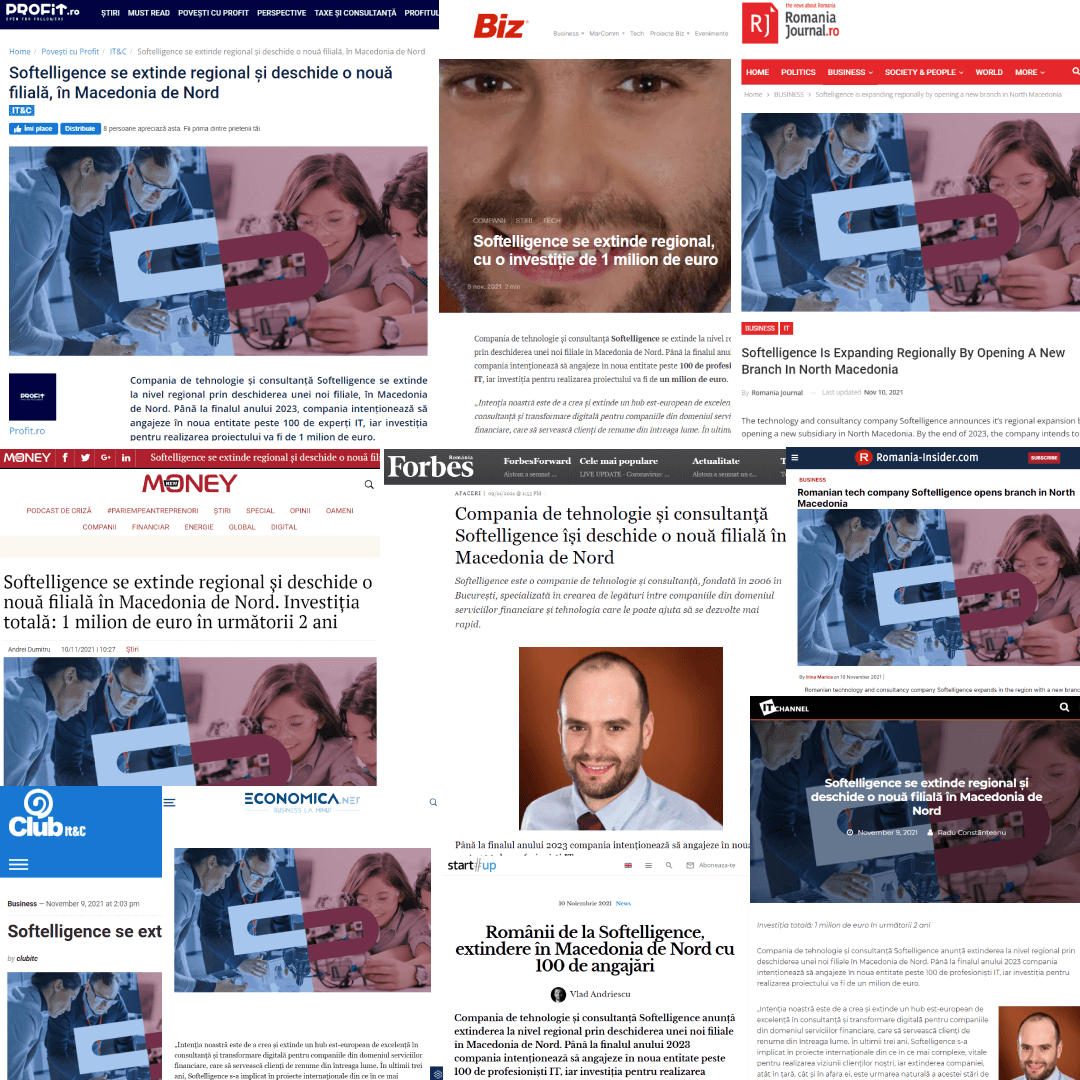